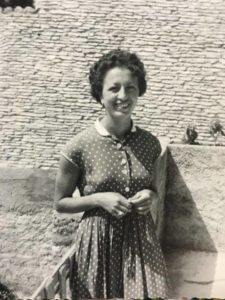 Benedetta was born in Dovadola

As soon as she was born in Dovàdola, «a country of hard and sinuous beauty. 19 kilometers from Forlì ", Benedetta was hit by severe bleeding. At the mother's request, she was given the "necessity" baptism with Lourdes water. Five days later, on August 13, after regaining a certain physical stability, she was solemnly baptized and called Benedetta Bianca Maria. At three months old Benedetta fell ill with polio, which left her right leg shorter than the other, later forcing her to wear a heavy orthopedic shoe. Between March and May 1937 she suffered from repeated bronchitis and severe otitis.

"It is a beautiful day and I am also happy because I received Jesus in my heart, I promised Jesus that I will make communion every Sunday in May".

Despite the precarious health situation, in October 1953, at the age of 17, Benedetta enrolled at the University of Milan. Initially influenced by her father, she enrolled in the physics department. However, later on and after reflecting on her vocation, she switched to Medicine. Due to the increasingly bad physical conditions, on November 30, 1960 she had to drop University. In January 1961 she started again to write in her diary, activity that she had suspended during her years at the university.

The first pilgrimage to Lourdes

The writing of the diary definitively ended in October 1962. Her thoughts, entirely concerning religion and her inner journey, were after written on the Agenda della Motta. Writing was a great effort for Benedetta and it would require her a considerable amount of time.

Due to a deterioration of her sight, on 12 December she went under a new surgery, however after it she became completely blind. The only contact with the outside world was through the palm of her hand. The mother communicated with her through signs and Benedetta answered with an imperceptible whisper.

Suffering until the end, Benedetta, which has been beatified on September, 14th 2019 in the cathedral of Forlì, has approached her disease with courage, strength and serenity. In this way she has been reminded by Cardinal Angelo Becciu (representing the Pope), the Prefect of the Congregation for the Causes of Saints. 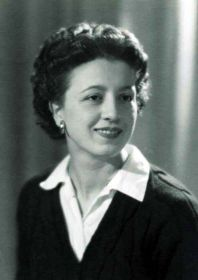 Benedetta Bianchi Porro was declared venerable of the Catholic church and in September 2019 Blessed for behavior and faith kept alive despite suffering.

InHotel Meridiana*** Sirmione the room where she lived her ordeal and death has been preserved. This room is currently open to visitors and is a place of prayer where pilgrims go to remember it.

It was initially Father David Maria Turoldo who edited the edition of Benedetta Bianchi Porro's writings, which generally do not go beyond short notes, but in the following period some cardinals dedicated introductions and comments.
The works written by Benedetta during her years of suffering are:

I think that life is wonderful even in its most terrible aspects; and my soul is full of gratitude and love for God for this.

This website uses cookies to improve your experience while you navigate through the website. Out of these cookies, the cookies that are categorized as necessary are stored on your browser as they are essential for the working of basic functionalities of the website. We also use third-party cookies that help us analyze and understand how you use this website. These cookies will be stored in your browser only with your consent. You also have the option to opt-out of these cookies. But opting out of some of these cookies may have an effect on your browsing experience.
Necessary Sempre abilitato
Necessary cookies are absolutely essential for the website to function properly. This category only includes cookies that ensures basic functionalities and security features of the website. These cookies do not store any personal information.
Non-necessary
Any cookies that may not be particularly necessary for the website to function and is used specifically to collect user personal data via analytics, ads, other embedded contents are termed as non-necessary cookies. It is mandatory to procure user consent prior to running these cookies on your website.
ACCETTA E SALVA